A website isn’t the kind of project that’s finished once you’ve launched it. To make and keep a site successful, it’s important to keep working on it and optimize it from a technical as well as a content standpoint. However, it’s not always easy to know what you should or shouldn’t change. Is that call to action too small? Is that one image inviting enough? And what about the title of that one sub-section?

While there’s nothing stopping you from coming to conclusions and making those decisions on your own, the right data will make sure that you’re improving your site instead of making it worse. To get this data, you need to do A/B Testing. So what is A/B testing? It entails showing two different versions of an element (be it a button, an image or even a whole page) to different users over a period of time and then checking which version led more users to take the desired action, i.e. convert.

First of all, let’s take a look at the A/B testing process:

Analyzing data and detecting an issue

In order to make the decision to do A/B Testing, you need to know that there’s an issue to begin with. To find out, you need to consistently be reviewing your website data, meaning event and goal performance (e.g. goal completions, goal conversion rate, event category, event actions, event labels, event value), page performance (sessions, pageview, bounce rate, exit rates, time on page, etc.) and/or traffic source performance (direct, organic search, paid search, social, referral, etc.). Doing that, you can find out which pages are not performing well and where conversions could be improved.

Coming up with a testing idea and action plans

The testing idea is the new version of content or design that you thing may perform better than the current one. As a rule, you should create a hypothesis for your A/B test. This is an idea about what you need to test and why, and what improvements you’ll see after you make any changes. If you base your test on this hypothesis, you can decide on what your test will entail and what success or failure would look like. This step is where you make sure that your test is sound and based on data, not just on guesswork.

To form a hypothesis, use this template based on optimization specialist Craig Sullivan’s work:

After coming up with a test idea, you need to build an action plan to make sure all testing ideas can be created and delivered. You may need developer or designer support for this. The action plan should cover three steps: Creating the design, content, or new algorithm for the testing version (variants); Implementation (design, content, or development efforts, including testing configuration); Monitoring, reporting, and decision-making.

After the design, content, and development work for the new version (variant) is done, you can set up the campaign on a variety of A/B Testing tools. These include, but aren’t limited to Google Optimize, Optimizely, VWO, Adobe Target and others. In fact, many CMS platforms have their own A/B Testing functionality built-in.

Review your campaign weekly or daily and make sure all stats that contribute to the result of the campaign are measured properly. When you’ve collected enough data, you can look at which version performed the best. That version should then be declared the winner and be put on your live site.

To help guide you along the way, we decided to share the Best Practices we here at Niteco follow to make sure our A/B Testing scenarios give us the data we need to make informed decisions:

To find out more about how we conduct A/B Testing and how we could help improve your own site’s conversion, contact us today or view our work now! 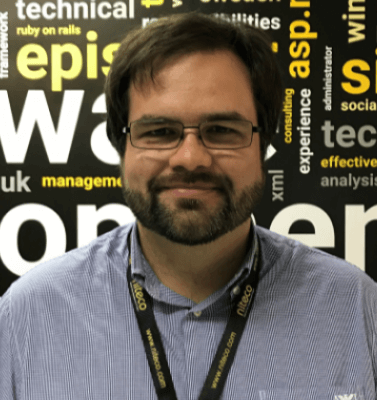