Episerver has come a long way since I, a budding developer, first came across them 15 years ago. What was once a small local player in Sweden, has now become a global game changer within a generation - and it shows.

Anyone who attended last months’ Ascend Las Vegas conference where Episerver showcased its latest offerings would attest to the fact that Episerver is moving away from third party integrations to one-stop-shop solutions for digital marketing and e-commerce clients.

The company clearly put incredible effort into increasing their product portfolio, giving their customers everything they need, seamlessly.

What does this mean for you?

In order to look to the future, we shouldn’t forget the past! Third party integrations (the original offering from Episerver), still plays a vital role and it’s becoming increasingly more important to go back to basics and understand the entire Episerver ecosystem in order to offer customers bespoke products. In some cases, new Episerver solutions partly or entirely overlap existing integrations and add-ons, but in other cases third party add-ons are still the only option. As an architect who strives to find working solutions based within the Episerver platform, it is very important to understand both the current but also the future options in order to offer customers solutions that fit their needs and budgets.

In late 2014 AKKR announced that it would acquire both Episerver and Ektron, and merge the two companies together. By early 2015, it became clear that they wanted to use Episerver’s user friendly systems and high quality base portfolio to build a much stronger presence in the United States. By acquiring Ektron with its existing customer base in the United States, AKKR has been able to push sales much faster in that nation. And with a cohort of excellent staff from Ektron behind the new offerings, Episerver is able to scale faster than ever before.

Despite the formidable efforts of Episerver to give clients cutting-edge solutions, the company still lags behind better known brands in the United States. As a result, the Episerver brand is struggling to make its mark in a crowded and competitive market.

However, we clearly see that the efforts being made in the product portfolio, analyst relations, and marketing in the US have not gone unnoticed. Episerver has been named a leader in the Gartner Magic Quandrant for both web content management and E-commerce in 2016. Not only that, Episerver CMS is now the only leader in both Gartner Magic Quadrant and Forrester Wave for CMS.

Here’s what we’re getting excited about…

Here at Niteco, we’re excited about the recent acquisitions of Peerius, an omnichannel personalization software, and Optivo, one of the largest email marketing providers in Europe. Both are a big push towards a more complete online suite, even though we are still waiting to see how the purchase of these companies will actually fit into the product portfolio once they are more tightly integrated with existing Episerver offerings. Thankfully our sources tell us that getting the newly acquired system to integrate nicely with existing offerings is this year’s top priority.

By offering both Digital Experience Cloud and a more robust range of services, Episerver and its partners are certainly set up for a successful 2017.

But beware, there are a few points of caution…

- Price Increase: Episerver’s move to sell its managed hosting and suite of services as a package comes at a cost. Episerver has moved away from a fixed price list model to a more value based pricing model. They have also moved quite aggressively towards selling their DCX package, which consists of managed hosting and a suite of services, as the primary choice for customers. It is important to be aware of this and know what options are available, but also to know how to compare prices with, for instance, other vendors that do not offer the full package, in order to make fair comparisons. To receive a FREE bespoke company estimation from us, please contact us here.

- It’s not for everyone: The full-service package is not a perfect fit for everyone, and partners and customers should be aware of the different options. One partner that I spoke to recently didn’t even know Episerver still offered anything other than the full-service package and were actually close to losing a deal to Sitecore just because they compared licensing costs for DXC with a Sitecore’s self-hosted solution in Microsoft Azure which is by no means a fair comparison!

- Who’s hosting: Episerver still offers their on-premise option as well as the option to host in Microsoft Azure. While Episerver DXC might be a perfect fit for some customers because of its managed hosting, others can find that hosting on-premise or in Azure might better suit their needs and budgets. As an Episerver partner it is very important to know the differences and additional value that Episerver DXC offers to be able to both compare but also guide the customers to the right solution for them.

I’m excited to see what Episerver will do in 2017 as it continues to gain momentum in the United States but also in other new markets. Hopefully they’ll also integrate their new offerings into the existing packages to give the partners and customers a seamless experience.

To find out more about us, the Episerver experts, visit our partner page 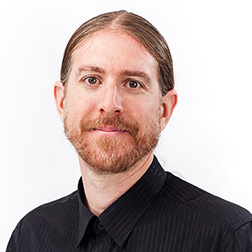 Linus is a prominent figure amongst Episerver professionals. He develops strategically sound solutions to business challenges.

How to deploy an Episerver site to AWS Elastic Beanstalk

Niteco Solution Architect Tien Man Quach explains how you can deploy your Episerver site in an AWS Elastic Beanstalk environment in a few easy steps.

The Episerver Platform – An Overview

For those not familiar with it, Episerver’s platform may be hard to grasp. Niteco gives you a quick tour of Episerver’s different functionalities and modules so you can decide what you need.