3 reasons why mob programming is worth the effort

In a fast-paced corporate world and an even faster paced technology sector, developers find themselves working in rapidly evolving environments, where adaptability is the name of the game. And not keeping up, is a kiss of professional death.

One way to be responsive to change is through collaboration. That’s why, top software development agencies like Niteco encourage agile approaches such as mob programming.

Mob programming pushes pair programming one-step further. The entire team gathers around one big screen, takes turns to use the keyboard and tries to solve a problem together, whether it’s minor like fixing a specific bug or major, like developing a new application from scratch. At Niteco, our production teams often work in mobs for the benefit of customers and it often resolves in improved project outcomes - every minute detail scrutinized and tweaked.

We’re fans, and here’s three reasons why you should be too:

When a team truly functions as one unit, continuous development is guaranteed. And so is constructive criticism. Shared ownership of opinions makes everyone in the team feel more responsible for what they say and do, resulting in a seamless and effective knowledge transfer process.

This approach to work also benefits junior developers who will garner a wealth of knowledge simply by working on par with colleagues that have more experience than them. Mob programming creates a safe space where ideas can be tried-and-tested and criticism serves only to be a good thing.

Our daily conversations are infused with words such as ‘lean’ and ‘agile’, yet we often struggle to find the best way to move beyond the lingo to simply practicing what we preach. It’s certainly no exaggeration to say ‘mob programming’ is ‘agile at its best’.

Mob programming really shines in situations where you are in need of a fast turnaround, yet still have to meet the quality demands from your clients. For example, if your team needs to deliver a minimum viable product within three months, mob programming should definitely be considered because it extends your capacity and capability by terminating delays caused by emergencies and interruption.

But that doesn’t mean mob programming is not a good fit for long term projects too. Using mob programming on a regular basis can really help strengthen your team’s knowledge and collaboration. By switching perspective constantly while working together, everyone participating in a session can extend their domain of knowledge and instantly know how to apply new approaches in actuality.

Mob programming at first glance seems to be a chaotic set up, especially when you pour your whole team into it; agreement is hard to reach, methodology is almost non-existent, architecture takes a long time to put in place, nails are bitten and hair is pulled… However, when difficulties are overcome, mob programming becomes one of the most remarkable experiences a developer can have.

Just remember that for this agile approach to work, and work well teams have to be determined, yet creative and collaborative.

Question remains: are you game?

Get in touch with us to find out how Niteco’s approaches help you realize your business goals. 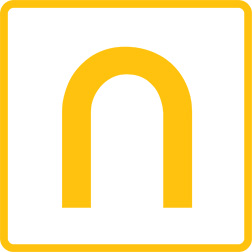